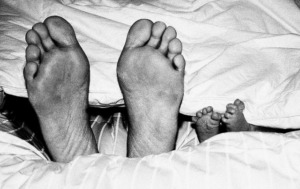 Salicylic acid has mild antifungal properties and jock itch is caused by fungal infection. So can salicylic acid based skin medicines be used to treat ringworm, the type of fungus that causes jock itch? And how effective is it?

What is jock itch and what causes it?

Jock itch is a red skin rash that forms on the inner thighs, genitals, and buttocks regions. The rash often forms a circular or ring pattern on the skin, hence the name “ringworm.” There are many sophomoric names used to describe jock itch, which won’t be mentioned here.

Ringworm actually can form on many areas of the body, not just the groin. For example, athlete’s foot is caused by ringworm, too. Tinea cruris is the scientific name for the fungus that causes jock itch, specifically. It thrives on skin that is damp and moist. Thus, jock itch often afflicts athletes because that part of the body is often damp with sweat.

Jock itch is most common with men, but can affect women as well. Men have more sweat glands in their skin than women, leading to a higher rate of ringworm and jock itch.

Can salicylic acid be used to treat jock itch

If all you have in the medicine cabinet is a salicylic acid based skin treatment, you can certainly test it out on your jock itch. Never use salicylic acid wart treatment for jock itch, however, because the concentration of salicylic acid is way too high in those products. It can lead to burning and/or bleeding.

But if you have a salicylic acid acne medication with a concentration of less than 3%, you may safely give it a try. Only apply it to a very small area at first to test your skin’s reaction to it. If the ringworm in that small area diminishes, then it is safe to apply the product more broadly.

How to prevent jock itch and keep it from spreading

Ringworm is highly contagious and is easily spread from person-to-person and from one area of the body to another. If you have jock itch, follow these recommendations:

So is salicylic acid the best choice for fighting jock itch?

No. Salicylic acid may have some beneficial effects on treating jock itch, but this is outside of what it is primarily used for. It is recommended that you instead use an antifungal agent better suited for fighting ringworm. Here are some fine alternatives to consider:

Choose a jock itch medicine that’s right for you