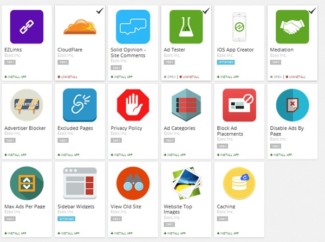 This is my honest review of Ezoic, which I used on this website from May 2017 until January 2018. After 8 months on Ezoic, I decided to disconnect for reasons I explain in detail below.

For the purpose of this article, I will assume that you are already familiar with Ezoic and the basics of what it does. I am going to focus simply on the results and the experience I had, both the pros and the cons. Emphasis is placed on the Ad Tester and Layout Tester apps, which are the most important for revenue and metrics optimization.

I’m not going to sugarcoat anything. Just the facts as I see them, based on my experience. So let’s get on with it.

Why I signed up with Ezoic

I went in to the experience with excitement and high hopes. As a blogger since 2010, I’ve already tested many ad companies to monetize my writing. Most of them are disappointments. Google Adsense was and still is the gold standard.

Ezoic offered the opportunity to increase earnings via their real time ad auction. User metrics would also improve through testing — from testing layouts, to ad placements, to the colors of the ads. What did I have to lose?

Ezoic customer service was enthusiastic and helpful from the start. As sales reps, you would expect that. Nevertheless, it encouraged me to get started.

I was hoping the integration with Ezoic would be hands-off for me. I asked if they could automatically test both my ad placements and theme layouts automatically. Was told it could be done eventually, but would require a manual calibration or integration with my specific WordPress theme by the Ezoic tech team. And that takes a few weeks. It was recommended that I start with Ad Tester first.

Ad Tester is an app that experiments with different ad placements. It doesn’t test the layout of your site. And Ad Tester doesn’t automatically discover available ad placements. You have to manually enter and label ad placements on your site layout via the Ezoic Chrome extension.

Ezoic assures that the entire process should only take 20 or 3o minutes. Turns out that was highly optimistic.

I used Ad Tester for a total of 3 months. The results were not inspiring. Revenue-wise, Ad Tester slightly under-performed simple Adsense.

And that was with way more ads per page with Ad Tester. With Adsense at that time, I was allowed only a maximum of 3 display ads per page. Ezoic was not held to that limitation, and there were, I would estimate, 4 to 7 ads per page, depending on content length.

My Ezoic rep assured me that the numbers would improve over time. But the app itself had already indicated it was nearly 100 percent optimized, and I was ready to move on to Layout Tester.

After 2 months on ad tester, I asked my rep about making the transition to Layout Tester. She agreed to initiate the process, which would take 1 or two weeks, she said, and be done by their tech team. It ended up taking a month or more because of problems integrating with my theme. In the meantime, I continued to use Ad tester.

Unlike Ad Tester, the Layout Tester app can automatically detect ad placements. No manual placements necessary.  This allows for many more variables to be tested, and therefore better results. Nice.

And what were the results? It took a few weeks to slowly optimize, but I quickly saw better earnings than Ad Tester. After a month or two, revenue settled in about 30% higher than Adsense revenue before Ezoic. Not earth shattering, but good enough to keep on with Ezoic. The number of Ads per page was still high, but I was okay with it. (There is an app available to limit the number of ads per page, too, if it is bothersome.)

Disappointingly, user metrics were a little worse with Ezoic. This remained consistent for the duration of my experience.  Some of this may be due to the technical issues I experienced, as described below. I suspect these technical glitches caused some visitors to abandon my site, or cut their visit shorter than they otherwise would have.

Oh, boy. This is why I ended up leaving Ezoic in January. From the start, Layout Tester had annoying technical glitches on my site.

Some of these issues affected the aesthetics of my site. Broken CSS was a major problem, causing the alignment and color of some elements on the page to be “off”.

For example, I have a custom Amazon table / ad at the end of most every page. The background colors and borders of this ad were stripped. It just didn’t look right. The thing is, this single ad brings in almost 40% of the total revenue for my site. It’s important. I hoped the stats for that ad would be unaffected by the broken CSS, but the CTR was down significantly and it was costing me money.

Additionally, sometimes/randomly all the text on a page was pushed all the way to left of the screen on a desktop device. This occurred randomly and not with every page load.  And the borders around the comment section were stripped. Both issues related to broken CSS.

I dutifully reported the issue to my Ezoic rep, who advised that the tech team would have to fix it. Evidently it was related to the (botched) integration between Ezoic and my WordPress theme.

I was optimistic that it would be a quick fix. However, after many months of waiting and repeated assurances, sadly, it was never fixed.

After I changed my site over to SSL in October, 2018, I started getting random redirect errors / redirect to local host errors. It happened on, I would estimate, about 3 or 4 percent of page loads for my site. I worked with my hosting company for several days to troubleshoot the issue. Spent a lot of time and never could figure out the cause. It was driving me crazy.

At the time, I never suspected these redirect errors might have something to do with Ezoic. But later, after I disconnected from Ezoic, these errors disappeared. I suspect it was caused by a conflict with the Ezoic SSL app. Now, it could have been a configuration error on my part, but I don’t think so. I checked those settings dozens of times.

Some Ezoic Apps never worked on my site

The Recommended Pages app never worked for me. I activated it but nothing nothing would appear on my site. I assume it didn’t work because my theme was never integrated properly. So the app wasn’t able to insert the code properly. Not a back-breaker, but annoying.

My rep sent this to the tech team for remedy, as well. It, too, was never fixed through months of waiting.

Why I finally decided to disconnect from Ezoic

There are several reasons I ultimately decided to pull the plug on the Ezoic experiment:

I enjoyed the extra income I made from Ezoic. But in the end, a 30% increase wasn’t enough to put up with all the headaches. I believe I was abundantly patient, optimistically hoping the issues would get fixed. I really wanted Ezoic to work for me. But at some point you get fed up and have to move on.

Would I recommend Ezoic to you?

I think the technical issues I faced are probably specific to my WordPress theme. So I don’t believe many people will have the same negative experience I had in that regard. Without the technical problems, the Ezoic experiment was definitely worth it to me.

I would recommend that you try to skip Ad Tester altogether and go to Layout Tester straightaway . I wasn’t given that option, but I have read about some other Ezoic customers that were able to. There’s no point in wasting time on Ad Tester if the ultimate goal is to get to the better performing Layout tester anyway. Ask your Ezoic rep at signup. I don’t know what the requirements for this are.

You don’t have much to lose by giving Ezoic a try. Worst case, like me, you give it a few months and then disconnect from Ezoic and go on your way. But you might see great results, too. There are so many variables that affect the outcome.

I do have to emphasize that it takes time for the Ezoic system to optimize. We are talking weeks or months, not days. It depends on how much traffic you funnel through Ezoic. So you have to commit to it. Don’t try it for a few days and give up.

If you do decide to give Ezoic a try, here, shamelessly, is my affiliate link. I would appreciate if you sign up through it. 🙂

Please let me know what you think in the comments. What has your experience with Ezoic been like?